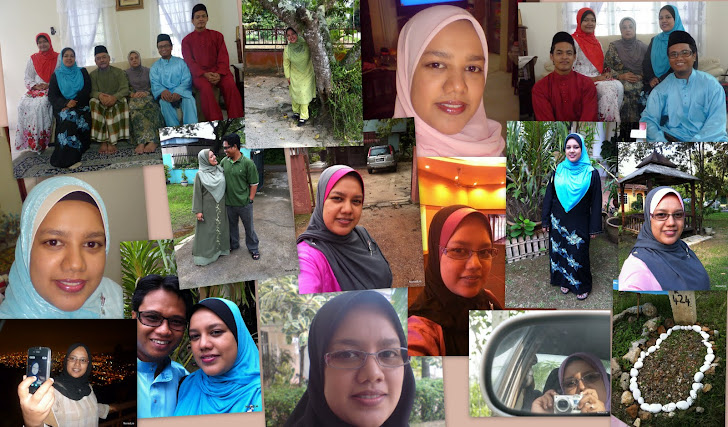 I hope that once you have finished reading this article you will never ever make an issue out of soya. I have finally given in to putting down the available information on the subject as I am astonished at the continuing ignorance within the population. One would have hoped that by now the message had filtered through to the masses, but it just shows how powerful the advertising machine is and how little attention our specialist advisers are giving to research that should have fundamentally changed their views many years ago.

Why did we get told to use soya, which is alien to the Western diet, in the first place?

The answer as to why?, is simply money. The basis on which we were sold this scam is health, but the motivation is profit. A growing allergy problem against dairy produce within Western Society, coupled with mad cows disease and an increasing distrust of the farming and dairy industry, left our dieticians floundering. They became a willing target for an "alternate" protein source. Soya was just that. On top of that, scientists quickly discovered that soya contained two isoflavones, which they promoted for everything from menopausal relief to cancer protection. Health areas that were desperate for new ideas and suggestions of help showed how vulnerable the sufferer is, and proved a gold mine for the unscrupulous exploiter.

Soya must be good for you as the Asian cultures have eaten it for thousands of years and have less cardiovascular disease and lower rates of reproductive cancers. This generalised statement obviously ignores the many other differences between the two cultures, as well as the increased numbers of cancer of the oesophagus, stomach, liver, pancreas, and thyroid in Asian countries. In laboratory test it is these same types of cancers that are caused in animals by a diet high in soya products.

On closer inspection, the "information" given in the above statement is not only a long way short of the whole truth, it is actually pretty close to a damned lie. The tradition with soya is that it was fermented for a long time, from six months to three years and then eaten as a condiment, not as a replacement for animal foods. The so-called Asian diet - far from centring around soya - is based on meat. Approximately 65% of Japanese calorie intake comes from fish, while in China the same percentage comes from pork. "They're not using a lot of soya in Asia - an average of 2 teaspoons a day in China and up to a quarter cup in some parts of Japan, but not a huge amount." So, while Asians were using limited to moderate amounts of painstakingly prepared soya foods - the alleged benefits of which are still controversial - Americans, especially vegetarians, are consuming more soya products and isoflavones than any culture in human history!

Oddly, nowhere in industry promotion does anyone differentiate between traditional, painstakingly prepared "Asian" soya foods and the modern, processed items. And therein lies the rub. Modern soya protein foods in no way resemble the traditional Asian soya foods, and may contain carcinogens like nitrates, lysinoalanine, as well as a number of anti-nutrients which are only significantly degraded by fermentation or other traditional processing, not by our modern processing of food. Once again a wonderful example of how our Western food processing manages to turn perfectly good food sources into toxic products. In this case you should take note of the kind of Western products we refer to such as soya yoghurt, soya cheese, soya ice cream, soya burgers, and so on.

The soya bean contains large quantities of natural toxins, which are potent enzyme inhibitors that block the action of trypsin and other enzymes needed for protein digestion. These inhibitors are large, tightly folded proteins that are not completely deactivated during ordinary cooking. They can produce serious gastric distress, reduced protein digestion and chronic deficiencies in amino acid uptake.
Soya beans also contain haemagglutinin, a clot-promoting substance that causes red blood cells to clump together.

One of the biggest concerns about high intake of soya isoflavones is their clearly defined toxic effect on the thyroid gland. Increased number of goitres, but also Hashimoto's disease (an acute auto-immune disease) as well as simple low thyroid function are a prominent feature of high soya intake. Dr. Gillespie says the daily amount to cause thyroid problems may be as low as 30 mg, or less than a serving of soya milk.
The problem is even magnified for babies who are on substitute soya foods. They are getting more soya isoflavones, at least on a bodyweight basis, than anybody else. Mike Fitzpatrick, PhD, was quoted as saying: "When I first did my review, I did compare the oestrogenic equivalents of the contraceptive pill with how much soya infants and adults would be consuming. It's at least the equivalent of one or two oestrogen pills (contraceptive pills) a day, on an oestrogenic basis. I've been criticised that it's not the same form of oestrogen, but in terms of oestrogenicity, it's a crude but valid and alarming statistic."
Baumslag mentions the high levels of the mineral manganese (no, not magnesium) often found in soya formula. The problem of manganese is so serious that even one soya manufacturer put warning labels on its soya milk. The company's president, in a press release, states that "there is mounting evidence of a correlation between manganese in soya milk (including soya-based infant formula) and neurotoxicity in small infants."
And we haven't even touched upon the genetically modification of food products! This is now so wide spread in the Western soya supply that there is no longer a 100% guarantee of GM-free soya products.
Animal studies link a high soya intake further to almost any dysfunction of the metabolism one can think of, ranging from cancer, to intestinal and absorption problems, to malfunctioning of the reproductive organs and the nervous system. Mountains of evidence that is available to anyone who cares to look! On line there are many sites that provide you with all the information you need.

There's been such a rush to market isoflavones that the multinational corporation, Archer Daniels Midlands, in 1998, petitioned the Food and Drug Agency for GRAS (Generally Recognised As Safe) status for soya isoflavones. For those who don't know GRAS, the designation is used for foods, and in some cases, food additives, that have been used safely for many years by humans.

Soya protein has not been given USA GRAS (Generally Recognised As Safe) status or pre-market approval because of its carcinogenic properties. It is not even legal to add it to our food.

Soya protein is also in breech of the World Health Organisation Codex Standards. Why? Simply because the codex clearly states that, "when tested by appropriate methods of sampling and examination, the product shall not contain other poisonous substances which may represent a hazard to health". And soya protein is known to contain several toxins, dangerous to health!

Furthermore, the General Guidelines for the Utilisation of Vegetable Protein Products (VPP) in Foods state quite categorically that VPP intended for human consumption should not represent a hazard to health. It goes on to specify the kind of tests and regulations these products have to pass. "The raw materials from which VPP are produced may contain naturally occurring toxic or anti-nutritional factors. Some of these factors may still be present in VPP after processing. In the light of the above observations it becomes important that prior to the use as human food, VPP be subjected to adequate testing to demonstrate safety and appropriate nutritional quality. A distinct VPP needs to be tested pursuant to this guideline only once, that is, to obtain a toxicological and nutritional profile for VPP. Prior history of safe use may be taken into account in the evaluation of a novel VPP proposed for general consumption, but this alone is not necessarily sufficient to preclude adequate pre-clinical testing by currently available, more objective, laboratory animal feeding studies, and, where applicable, studies using human volunteers."

The overwhelming laboratory and clinical evidence about the effects of soya proteins, of which all of the above is only a small selection, clearly shows that the product does not and will never meet the WHO/Codex Guidelines.

The potential oral hazard of phyto-oestrogens has long been known by food regulators such as the FDA. During his presentation at the 3rd International Phyto-oestrogen Conference in 1995, FDA regulator Dr Michael Bolger made direct reference to the soya isoflavones causing infertility, uterine hypertrophy and testicular atrophy in rodents, liver disease and reproductive failure in cheetah and menstrual cycle effects on women. Rather than improving reproductive health problems, it clearly aggravates them!

Further reports can be classified as subacute toxicity (thyroid problems), chronic toxicity (dementia, nervous disorders), reproductive toxicity (infertility), teratogenic effects (baby deformities) and mutagenic effects (DNA damage, stimulates cancer cell growth). Not a very nice list for a product that is said to improve our health so dramatically and one that is still daily recommended by our health professionals!

Soya isoflavones are clearly biologically active - they affect change in your body. It's no longer acceptable for the industry to see no bad, hear no bad, and speak no bad. Legitimate concerns need to be studied - and not studies funded by the industry, conducted by soya scientists.

But why wait years, while ignorant armies clash over this and that isoflavone and studies that say one thing or another? So, why don't you start making the difference today? If you no longer want to buy their product, they will soon stop pestering you and stop producing the product. If there is no market for it, there is no point in producing it. Change the world through your action; never mind the talking.

If you do choose to use soya, then the only safe way is the way it's been used by Asians for thousands of years: fermented, in moderation, and as a condiment. And that should have been the initial message in the first place.

Adlilatun Nur
Chukai, Kemaman, Terengganu, Malaysia
I am me & I'm just being myself... there's nothing special bout me... but one thing i know... that my lil' angel is waiting for me there in heaven. Insya Allah...